Government-owned and/or public buildings like post offices or city halls are often equipped with monitoring surveillance cameras. In fact, it would be rare to see public buildings not equipped with security cameras. Undoubtedly, video surveillance offers a great security solution for government facilities, buildings, and operations. Installing such systems can implement comprehensive security solutions or enhance existing systems that will keep your employees, buildings, and records safe. 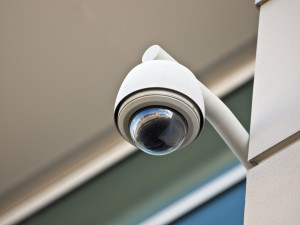 The use of surveillance cameras by government spans different uses. Besides establishing a secure environment at government facilities and buildings, video surveillance is used to provide temporary security at government events such as inaugural balls, speeches, and parades. In fact, one of the very first uses of closed-circuit television cameras (CCTV) was to monitor crowds during public events that featured foreign dignitaries. Presently, with concerns about assassinations and terrorism at an all-time high, advanced video surveillance systems that feature video analytics can help stave off disasters.

Smaller localities across America are also using CCTV systems and security cameras. For instance, a city may use video surveillance to protect its transportation facilities such as airports and bus stations.

At a smaller level, security cameras are applicable in numerous civic locations. Local departments and governments have used them in the monitoring of traffic patterns. These cameras capture the data of drivers who run red lights or speed, thereby helping to raise money through the issuance of traffic tickets for local and city governments. Some local governments have even began teaming up with local businesses and offering them incentives to install video surveillance on their premises in order to monitor public areas and boost security in places that experience high pedestrian traffic.

Penitentiaries- whether local, state, or federal- have adopted constant video surveillance and security cameras as a security mechanism. Since guards can only do so much in keeping a jail safe, these systems help officials ensure that prison areas are kept up to protocol and are secure. Surveillance cameras are also extremely beneficial in monitoring prisoner behavior- especially those considered a danger to themselves or those with repeat serious offenses.

As part of an overall plan, video surveillance presents an excellent security solution for government operations and should an incident occur, authorities are guaranteed to get to the bottom of the matter in no time as the cameras provide valuable evidence. For more information on how your business or facility can benefit from PSIM security software, give OSSI a call toll-free at (888) 533-7508 or locally at (262) 955-8770.